Previous: The virtue of ignorance 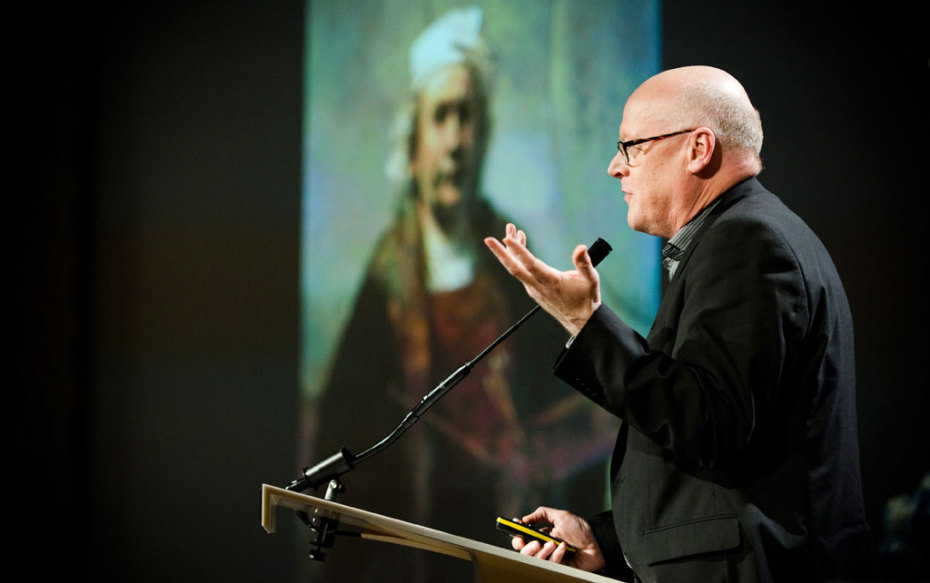 Wouter Boon visited a lecture by Rembrandt specialist Gregor Weber and this is what he learned.

This article was originally published on Amsterdam Ad Blog of which Wouter is editor-in-chief.

Last Thursday the Dutch Art Director’s Club organised a lecture by Gregor Weber, dubbed ‘Rembrandt’s Creativity’, in the auditorium of the impressive Rijksmuseum. Weber, who is the architect of the current Late Rembrandt exhibition, seemed to know everything about Rembrandt, as if he personally knew the Dutch artist. Weber’s ‘begeisterung’ took us back in time, to the second half of 17th century, which was a period during which Rembrandt introduced many innovations – both cultural as well technical. Here’s what I learned.

Imperfection
Rembrandt looked at the imperfections of life, while at the end of the 50s of the 17th Century neo-classicism was in fashion, which meant artists mainly looked at the beautiful, perfect forms of the classicists. Rembrandt dared to show the ugliness of life. A good example are his paintings – he made three, from different angles – of Elsje Christiaens, who killed her landlady and was then hanged on the north site of the IJ river in Amsterdam.

Rembrandt’s inclination towards imperfection can also be concluded from the fact that at the end of his career, when he went bankrupt, he moved to the Jordaan neighborhood. There, among the ‘real’ (and poor) people of Amsterdam, he felt at home. But, as Weber puts it; “he wasn’t looking for honour, but freedom.” Which, I guess, makes him a true artist.

Ego-maniac
However, Rembrandt was also an ego-maniac and businessman. He made no less than 80 self-portraits of himself. Which was certainly not common in the 17th century. The interesting thing about his self-portraits is that they sold very well and could therefore be called an early form of branding – and a selfie avant la lettre, I would like to add. His self-portraits sold very well, cause they not just carried his signature, but also his image.

Intimacy
Rembrandt always played with art history by using, for example, biblical scenes but taking them a little further or depicting them with a twist, which is a clear prove of his creative spirit. He also played with emotions; he didn’t like showing obvious passion, but preferred stillness or an inner-conflict, which Weber argues helps the viewer to look into the soul of the subject, instead of merely seeing the surface. Rembrandt used the close-up – also new at the time – to establish intimacy and thus reinforce these emotions. An example is Titus, as a monk.

Suggestion
When you look at the technical innovations, the most well known is the way he worked with light. He was a true master in applying ‘light’ to the canvas. For example, by highlighting the faces in a otherwise dark painting – including the famous ‘Rembrandt triangle‘ – and thus draw the viewer’s attention to certain parts of it. In the world famous The Night Watch you can easily see how this works.

Another very innovative technique he mastered was painting certain body parts – such as hands – in sketch-form, so that he merely created the suggestion of these body parts – when you zoom in on the his paintings, you often merely see a blur of paint. Especially later in his career he used this style, turning him into a very early impressionist.

Fine lines
Weber also talked about Rembrandt’s use of the pallet knife to directly apply thick layers of paint to the canvas. In The Jewish Bride you can clearly discern this technique. He also used the pallet knife to carve out fine lines in the paint. And in etching he also introduced a new technique; he merely used a dry needle on the copper, instead of also using wax. This rendered more detail and nuances to the etch.

A related post, about why you should always judge a master from a historical viewpoint, can be found here: Copying Malevich.