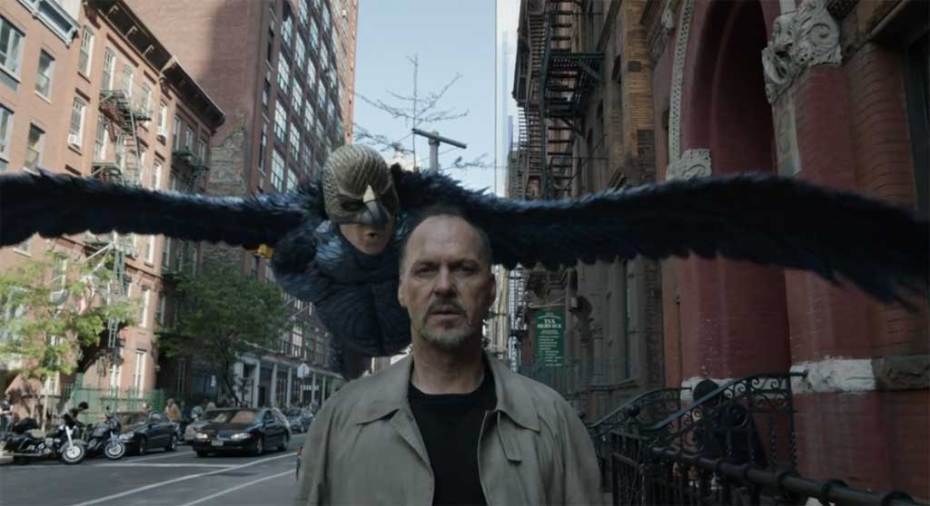 The virtue of ignorance

Creative value, experts and motivation; the lessons to be learned from Alejandro González Iñárritu's Birdman

Birdman is easily the best movie I’ve seen in a while. And with raving reviews and 9 Oscar nominations – including best motion picture and leading actor – it is also clearly a Hollywood success. The movie stars Michael Keaton who plays Riggan Thomson, an ex superhero movie star, trying to give his life meaning again by creating a play on Broadway.

A creative dilemma
The film not just impressed me because of the great actors (Edward Norton and Emma Stone also got an Oscar nomination) and director Alejandro González Iñárritu (nominated for best director) who make sure the film gets under your skin.

In the context of creativity Birdman is also special because it is quite educational. It pivots around a few really important topics in the literature on creativity; the meaning of value, the role of the creative expert in allocating this value to specific works and the difference between intrinsic and extrinsic motivation.

The plot in a nutshell: washed-up actor Riggan Thomson is clearly struggling with his life and career. Thomson doesn’t want to create yet another Birdman movie, even though that’s what most people expect from him – including Birdman himself, who acts as his alter ego and voice in his head. Thomson wants to do something more creative and enter a relatively new creative domain; theatre. A domain in which he is still a nobody and with a much more critical audience than he is used to, which makes the chance of success highly insecure. 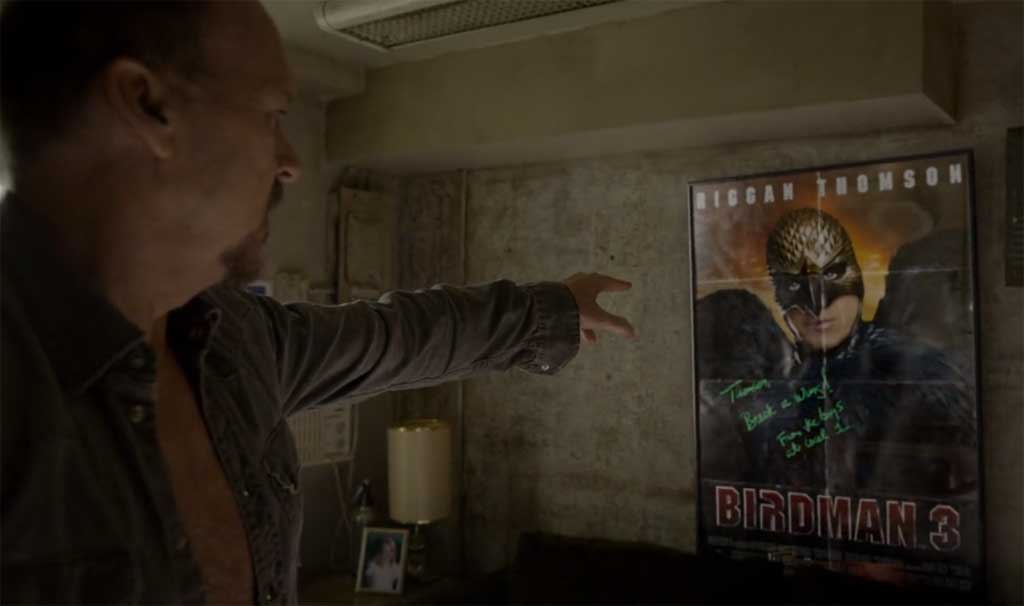 Many creative minds struggle with this dilemma; do I make something that makes me ultimately happy or do I want to reach a big audience

Many creative minds struggle with this dilemma; do I make something that makes me ultimately happy or do I want to reach a big audience and “gross billions” – like Thomson did with his previous Birdman movies. Ideally of course you’d want to do both. But often this is a dilemma. I’ll explain why.

New and valuable
The most used definition of creativity in the scientific literature is: to create something ‘new’ and ‘valuable’. New is the relatively easy part. You just have to create something that has not been created before. In Thomson’s case this is his play. A big risk, since he refinances his house in Malibu to make it happen and puts his last bit of credibility on the line. The other element, value, is more difficult to add because it is granted to a work by an audience. In my book I explain value as follows:

“Value is not necessarily meant as a monetary expression, but stands for the appreciation that is given to a work, invention, or theory by an audience. Value has different meanings in different creative domains; e.g. it can be musical, literary, or scientific. In the artistic domain value commonly means a pleasure for the senses, while in the domains of invention and science it is associated with usefulness.”

The reason why ‘value’ often doesn’t match with ‘new’ is that people generally don’t appreciate change. And the more radical a creative work, the harder it is to ‘sell’ it to an audience and receive “appreciation.” So when you’ve gathered an audience who likes you for what you’ve made in the past it’s easier to make more of the same. In Thomson’s case, this means making a Birdman 4.

Gatekeepers
To gain appreciation the creative mind needs to primarily focus on the experts of the domain, a group of people who play a very important role in granting new works value. In my book I explain this group as follows:

What these people have in common is that they know their domain very well, are well-connected inside the domain, and have the authority to convince others of the value of specific ideas. Think of the editors of a scientific journal who decide whether or not to publish an article, the DJ who chooses to play a song on the radio, or the gallery that decides to exhibit a promising artist. This makes the experts the gatekeepers of a domain and an intermediary between the creator and a bigger audience. They thus work as catalysts for ideas to be distributed.

In Birdman there’s one expert that is extremely influential; Tabitha Dickinson (played by Lindsay Duncan). She is the theatre critic of an influential newspaper. As co-actor Mike Shiner (Edward Norton) puts it:

“Believe it or not, the only opinion that matters in your theatre is hers. If she likes us we run. If she doesn’t then we’re fucked.”

The problem is that Dicksinson doesn’t take Thomson seriously. She doesn’t believe “a Hollywood clown in lycra bird suit” can become a successful actor on Broadway. She tells him she will destroy his play in her review, before she has even seen it. She explains to him why:

“I hate you, and everyone you represent. Entitled, selfish, spoiled children. Blissfully untrained, unversed and unprepared to attempt real art. (…) This is the theatre, and you don’t get to come in here and pretend you can write, direct and act in your own propaganda piece without coming through me first.” 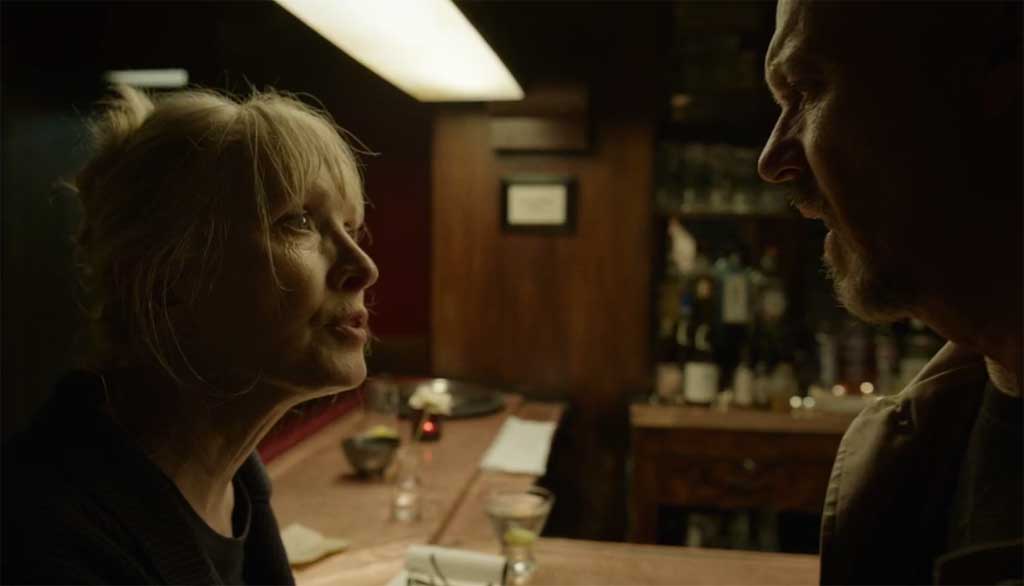 She thus literally gives herself the role of the gatekeeper. And similarly to human beings in general, she doesn’t like radical change.

So here’s the dilemma for many creative minds; do you create “real art” that no one will understand, but makes you feel good. Or do you create something that will definitely score among your audience and, more specifically, among the critics in your creative domain. Mike Shiner, who is a known actor on Broadway, knows how to please Dickinson and gets an interview on the front page of the Theatre section in her newspaper.

If Thomson had primarily listened to his extrinsic motivation, he would have made Birdman 4

If Thomson had primarily listened to his extrinsic motivation, he would have made Birdman 4. Instead, he chooses the difficult path. Difficult because, as his daughter Sam (played by Emma Stone) puts it:

“You are doing a play based on a book that was written 60 years ago, for a thousand rich old white people who’s only concern is where they’re going to have their cake and coffee when it’s over. Nobody gives a shit but you!” 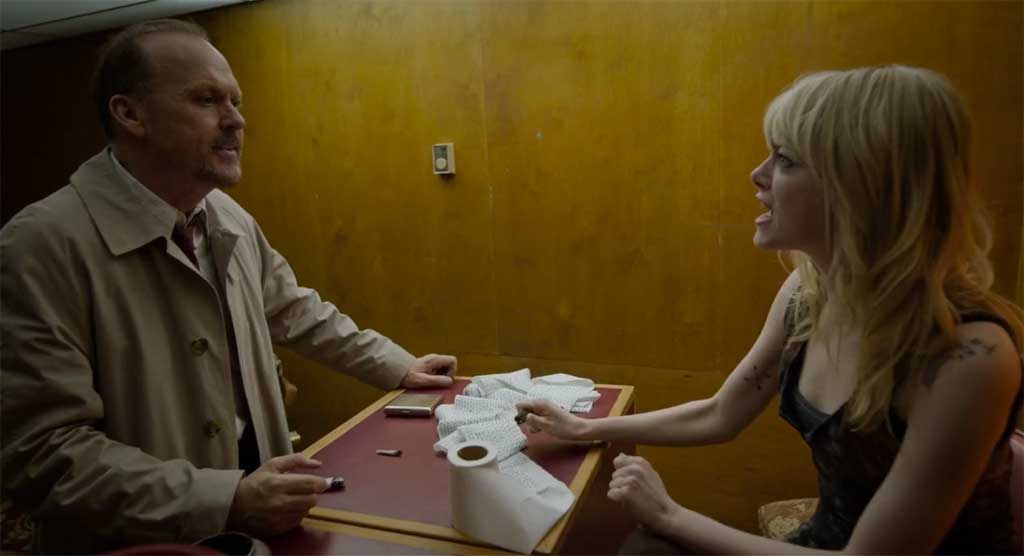 Double layer
What I liked especially about this movie is the double layer. In real life Batman also made Michael Keaton’s life hard. Just like Thomson he was struggling with his career. The lesson here is: when you do something very well in a certain domain, people will give you a label. And once you have that label, people will have a hard time seeing you perform well in another domain.

Fortunately for Michael Keaton it worked out well. Variety’s film critic Peter DeBruge described Birdman as “a triumph on every creative level” and Keaton’s role as “the comeback of the century.” But it’s not just this specific gatekeeper who is positive. Keaton has already won a Golden Globe for his role and has a good chance of also winning an Oscar later this month.

The summary of this article – and main lesson – is hidden in Birdman’s subtitle: “The unexpected virtue of ignorance.” Meaning: entering a creative domain is difficult. You don’t have an audience yet and obtaining the appreciation for your innovative view on the domain will be difficult. However, the fact that you are relatively ‘ignorant,’ also gives you a fresh perspective. And therefore, paradoxically, can make reinventing it much easier.

2 responses to “The virtue of ignorance”