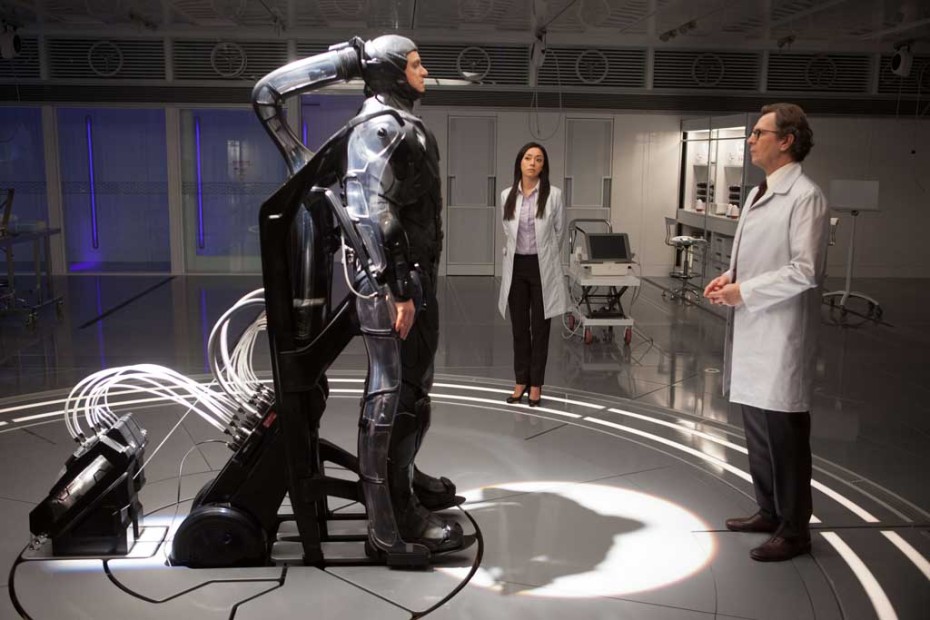 Why robots will work for us

The robot revolution will easily generate new, specialized human jobs, rather than just take them away

When I see footage of a self-driving car or a drone delivering a package to our door I get excited. I love to fantasize about these innovations. One day, I ask myself, will these drones also bring us a live and a more detailed version of Google Maps? Will they change the film industry – and, if so, how?

But not everyone is so excited, because the downside of these technological innovations is that in the next century robots will further evolve into advanced machines that can do simple, repetitive, heavy and/or dangerous tasks at lower costs and often even better than we, Homo sapiens. A mailman delivering a package will at some point be as romantic as a love letter written by hand.

Robots will indeed make many low-skilled jobs redundant – for which our Minister of Social Affairs, Lodewijk Asscher, already warned us in 2014. Even bolder is the prediction in the 2013 paper ‘The Future of Employment‘ by Frey and Osborne, of the University of Oxford. It states that 47% of total US employment – including middle-class jobs – is at risk in the next two decades due to the automation of jobs.

But robots are not just replacing our jobs, at some point they can even become rather dangerous. Stephan Hawking and Elon Musk, for example, warn us that ‘soft bots’ (built on artificial intelligence) will outsmart the Homo sapiens and even get rid of us altogether. You can imagine where they found the inspiration: a dystopian future with robots that dominate the world is a book and film genre in itself.

Predicting the future
Maybe Judgement Day will indeed come. But there are so many ambiguous and unpredictable factors that influence the course of technological innovations that it’s virtually impossible to predict what will happen exactly. Even political experts predicting the future in the Middle East for the next decade are likely to be wrong (see also my article about the poor forecasting qualities of experts; ‘A chimp throwing darts‘). So, an ominous prediction in a domain as broad as ‘robots’ over the course of the next centuries is somewhat comparable to saying that you’re afraid it’s going to rain on your birthday next year.

Here’s an example that shows how easy it is to be wrong about our technological future; fifty years ago we imagined ourselves traveling through space in flying cars. Today we are still driving more or less the same car as we did 100 years ago. The only thing that will probably change in the next decades is that we (and our robots) will drive electric cars. Ironically, the battery-powered car already seemed a viable concept 100 years ago. An important reason why the car industry is not innovating faster is that the economical value of oil dominates world politics, which frustrates our drive to innovate towards a more efficient and sustainable energy source. In each and every innovation process there are economical, cultural, political and other unforeseen factors that influence its course – and pace. In other words, building innovations is much more difficult than imagining them.

The Terminator
And though the pace of digital innovation is picking up due to things like ‘the internet of things’ and artificial intelligence, it’s safe to say that robots that completely mimic human beings is still a bridge too far. When looking at this compilation of clunky robots failing, you realize how incredibly advanced our human motor skills are. And artificial intelligence entirely replacing the human brain – allowing a robot to form a mind of its own – will require an unimaginable amount of computing power (see also my article ‘Brainpower‘, on the super computing power of our brain). On top of that, we haven’t really mapped out our own brain yet. Creativity, for example, that forms the basis of all innovations, is still a vague cerebral process, which makes it difficult to program onto a robot (see also my article ‘The Road to Singularity‘ on the first steps of artificial intelligence towards creativity).

So, it will probably still take a while before the Terminator is knocking on our door

So, it will probably still take a while before the Terminator is knocking on our door – maybe by then, more modestly in the form of a digital worm that infiltrates our brain. And if that happens, it won’t be by surprise, since we will be building the rudimentary versions of this archetypical robot ourselves and learn from all the iterative failures that slowly but surely shape it. In other words, we are evolving as well. In fact, we shouldn’t ignore the fact that with the help of robots we will more quickly evolve – especially once we start to incorporate code in our own body.

Room to focus on creativity
When we look into the near future, lower-skilled jobs will indeed disappear. Similar to how many factory workers in the car industry disappeared when robotic machines took over their work. However, history teaches us that this will only be a short-term effect. According to a report (in Dutch) ‘Working on a robotic society’ by the Dutch government, the lesson to be learned from previous industrial revolutions is that in the longer term they boost the economy and generate wealth that flows back into society and creates new jobs. But it’s not just wealth that creates new jobs.

Soft bots, built on artificial intelligence, are able to reinforce the skills that make us uniquely human. Just like the factory robots they are able to (partly) replace jobs, even higher skilled jobs of lawyers and doctors. ROSS, for example, is an artificial intelligent soft bot built at the University of Toronto that can function as a paralegal. It is able to scan millions of pages of jurisprudence and other legal documents within seconds. And since it is built on IBM’s Watson technology, it understands questions and is thus able to answer simple queries.

When I was the youngest attorney at a law firm at the beginning of this century I learned how tedious, frustrating and inefficient ROSS’ job is. I sometimes spent days in a library to find a tiny snippet of relevant (or worse, irrelevant) information that I could use in a case. I clearly preferred writing the legal documents in which I was pleading a case, so for me ROSS would have been an ideal solution. It’s not just that I didn’t like doing research; it’s more that I preferred to create new knowledge. We create new knowledge by making associations between disparate ideas. And since making unfamiliar combinations of familiar ideas is also the definition of creativity, you could simply say that I liked the creative part of being a lawyer. Soft bots will thus enable us to focus on being creative and building new stuff.

So, while robots in the next decades will probably become superior factory workers, data miners, pattern recognizers – by following preprogramed algorithms – and small talkers, we will have more room to further develop our unique human skills: to socially collaborate with others to build new (knowledge) structures and solve unexpected problems. This will not just make us a more creative as a connected collective, but also a more specialized species and will thus generate more specialized jobs.

Specialized knowledge
Recently I saw an inspiring episode of Chef’s Table (S01E02) about New York based chef Dan Barber who runs an organic restaurant and grows his own food. His story beautifully illustrates how zooming in on the knowledge of a specific domain generates more specialized knowledge and new jobs. When Barber at some point in his career decides to become fully organic and produce his own food, he needs to learn how to run a farm that functions as a source for his restaurant. At some point, for example, he wants to grow better grass for his cows and learns how different types of grass influence the flavor of cow meat. Since he can’t run his farm alone, Barber creates an intricate chain of specialized jobs that all feed into his restaurant.

Barber’s restaurant is just a micro-example. The computing power of the digital revolution accelerates the rate with which our knowledge domains become further specialized. You just need to compare the smart phone with an analogue phone to realize how complex our products have become in only a few decades. And since innovation cycles become shorter, the digital tools for virtual and physical creation more democratized and we, as a species, more creative, we will easily be able to adapt to a robotic future and create the human jobs that are complementary to it.

Build your own bot
The process of adapting to a robotic future will create jobs on all levels. Even ‘low-skilled’ children are becoming more specialized. The way they play has already changed. 100 years ago they could build a fantasy castle with a limited amount of wooden blocks. Today they can digitally build this castle with different materials in an unlimited amount of shapes with Minecraft. And if they don’t like this game, they have access to all the digital games in the world through the internet. In their teenage years, they will probably learn how to write algorithms – as code will become the esperanto of our planet – so that they can program their own bots, in any domain they like. So, I believe it’s inevitable that future generations will naturally learn how to symbiotically work with robots, and focus on the tasks that require creative and collaborative (i.e. social) intelligence. Which also means, for that matter, that our educations will be reformed toward focusing on teaching these specific kinds of skills.

To make a long story short, it is very likely that robots – similar to what computers are already doing for quite some time – will empower us to become more more specialized and creative. Then, at some point we’ll be incorporating soft-bot code in our own bodies – better memory, anyone? And then even further down the road, we might indeed need to be afraid of the ‘human’ robot – which ironically begs the question: what will really change? But, as said, it’s hard to say what will happen exactly, because predicting the future is as difficult as predicting the weather. About one thing I am pretty sure though; a robotic revolution won’t turn us jobless.

Photo credit: I found this image in an article by Wired, predicting that we’re 100 years away from a real RoboCop. The image comes from the 2014 remake of RoboCop with actor Joel Kinnaman on the left and Gary Oldman (playing Dr. Dennett Norton) on the right.