Previous: The creative benefits of the coronacrisis 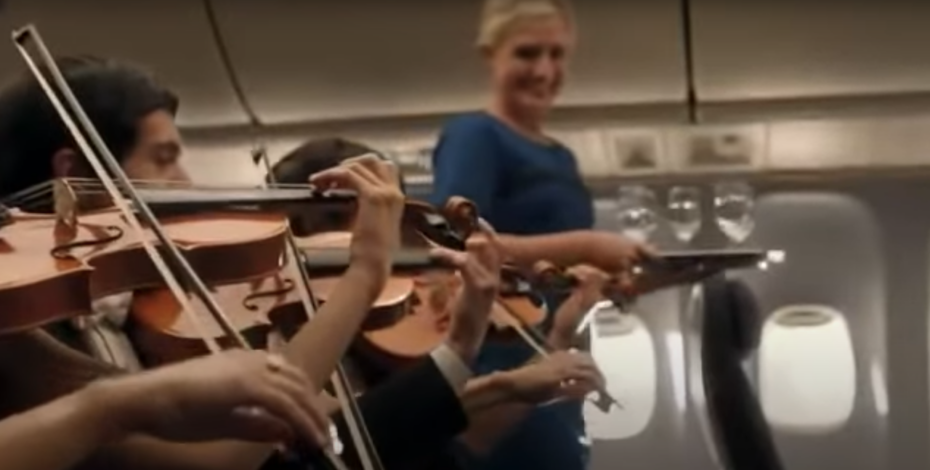 Last month I interviewed (in Dutch) professor Frido Smulders from the TU Delft for my podcast series Creative Achievers. He specializes in Entrepreneurial Innovation and uses the term ‘entrepreneurial’ with an archetype entrepreneur in mind; the startup. In the podcast he explains startups as entities that have an open, internal dialogue among the different roles and departments when they are building their company. Since they are exploring uncharted waters and put all their energy in something that nobody believes in yet, all options are open. So, when suggestions are made about changing parts of the innovation, or market proposition, everyone listens to the arguments and is, in principle, open to change. Smulders calls this aspect of innovation, for which he is building a theoretical framework, the human side of innovating.

Oppositely, at larger organisations innovations are often part of a more rigid, technical process, surrounded by a culture that tries to fit ideas and arguments into the existing rationalities and decision criteria, quickly assessing them as being right or wrong. The disadvantage of such a process and culture is that it will have a bias toward the old over the new – or the known versus unknown. That’s why their innovations are more often incremental than disruptive. The solution to this problem is the ‘entrepreneurial discourse’, Smulders believes. Which practically means that the different departments should interact more freely and with an attitude as if they are building their company or business for the very first time – just like the startup.

Learning is the true added value of innovating, even when the product fails in the market

To be able to innovate outside their comfort zone, larger organisations often buy startups, Smulders also explains in the podcast. I remember Clay Christenson (author of the bestseller The Innovator’s Dilemma), argued that there are three ways for large organisations to innovate disruptively; replace the C-level management; buy a startup; or create a start up outside of the company. Outside is important, because startups within a company can’t grow their own culture and are often held accountable in the same way as the ‘normal’ employees are. That’s why Smulders is of the opinion that the term KPI’s (key performance indicators) shouldn’t be used for the innovation process. Instead, he has coined KLI’s; key learning indicators. Smulders believes innovating is a verb, not a noun, and that organisations shouldn’t merely focus on the object (i.e. the result), but equally on the social interaction and exchange of information. It is also why Smulders ignores the literature that postulates that 90% of the innovations fail; it focuses on the object. Learning is the true added value of innovating, he taught me, even when the product fails in the market.

When, after the interview, I reflected on Smulders arguments for a startup-like, entrepreneurial discourse, a quote suddenly popped up in my mind. I forgot the exact words, but remembered I had picked it up in 2016 at the Awwwards conference in Amsterdam. I looked up the quote in my notes and it happens to be Conway’s law: “An organization that designs a system will inevitably produce a design whose structure is a copy of the organization’s communication structure.” What computer scientist Melvin E. Conway meant is that digital products and services are defined and thus limited by the social (or communication) boundaries of the organization. Which automatically means that open and transparent communication between all the specialists that create a user experience is essential.

“Performing together with a single, united purpose” was therefore the opposite of how the company worked; in large, separated silos

To illustrate Conway’s law, keynote speaker Josh Payton (Huge) showed a United Airlines commercial from 2013 at the conference, in which the airline compares its services with a harmonious orchestra. Since Payton is (or perhaps was) a frequent United Airlines flyer, he knew that the actual user experience was nothing like it. To illustrate this, he showed a hilariously user-unfriendly digital check-in screen at the airport. The phrase “performing together with a single, united purpose” – used in the commercial – was therefore the opposite of how the company worked; in large, separated silos, who couldn’t properly communicate with each other. And that’s where this story meets Smulders’ definition of entrepreneurial innovation; communication is crucial during the development of products and/or services.

And then, I had another association. For a new book I am writing (on innovation), I have been trying to answer the question; what is the crucial element for human beings to have become such an innovative species? What I learned is that Homo sapiens have a ‘cumulative culture’, which means that the amount of knowledge we possess constantly grows. What distinguishes us from all the other primates is that we have the cognitive and lingual ability to pass on information about the past and the future – rather than just what is happening now. Our sophisticated ways of saving and sharing information have been made possible by things like cave paintings, the printing press, the telephone and the internet – in an ultra-brief summary of our history of communication. When you regard innovation as an evolutionary process, in which we are constantly building on and improving each other’s ideas, then it only makes sense that our communication lubricates our innovation process. And, as Smulders argues, indeed a learning process, regardless of the success of its object.

To substantiate how important the transfer of information between different departments in organisations is, professor Smulders talks about a 2D or 3D drawing that shows in great detail how a product should be built. The drawing might be technically complete, but to explain the design to those who have to transform it into a physical object, it holds insufficient information. The builders should, for example, also learn which trials and errors have altered the concept – and in what way. All the information that might influence one’s perspective and therefore one’s contribution to the innovation process is relevant. When departments don’t freely communicate with each other – as Conway’s Law and Smulders dictate – crucial information will be left out, so that the chance of creating an inconsistent and/or flawed product increases.

This is also something Steve Jobs understood very well and why he was able to create the kind of integrated products Apple is known for. Jobs called it ‘deep collaboration’ to indicate that the different disciplinary actors needed to work in parallel and closely together. Such as opposed to a sequential and superficial collaborative structure in which the product moves through the organisation; from engineering, to design, to manufacturing, to marketing, and distribution.

Smulders also addressed another important element that helps to grow an erratic “baby” concept into a stable, congruent adult; time! The problem with large corporations is that time is a rare resource, since shareholders – who strongly influence a company’s strategic course – are generally solely interested in making a profit as fast as possible. As I mention in the interview, this is what happened at Unilever when CEO Paul Polman wanted to ambitiously follow a more sustainable course. While Polman was happy to accept lower margins to finance a more sustainable course, the shareholders were more interested in improving the company’s efficiency to increase its margins. The long-term vision clashes with the short-term need for return on investment. And that’s where the advantage of the startup comes into play again. At the early stages, startups have much more freedom to explore their future, by trial and error, without someone constantly looking over their shoulders, pushing the agenda for profit. And without a preconceived rationality of what is right and wrong.

We aren’t very good at predicting the future, because we project our knowledge about the past on the future

Even though Smulders argues that we shouldn’t focus on the object of innovation, the fact of the matter is that many innovations fail. And the reason is quite simple; we aren’t very good at predicting the future, because we project our knowledge about the past on the future. For example, by assuming that people want faster horses, instead of a car. When the car is about to be invented and you confidently invest your money in breeding faster horses, your innovation fails. Since our image of the future is always incomplete, the ‘visionary’ story we create around our innovations is always flawed. Nassim Taleb calls this the ‘narrative fallacy’ in his book The Black Swan. ﻿With this expression Taleb explains our “vulnerability to overinterpretation and our predilection for compact stories over raw truths”. The metaphor of the black swan is to illustrate that we focus too much on the known (which ironically constantly increases), while the unknown (and improbable) dominates our lives; “one single observation [of a black swan] can invalidate a general statement derived from millennia of confirmatory sightings of millions of white swans.”

The incompleteness of the stories with which we are building our innovations doesn’t always have to be a problem. After all, the persuasion of the stakeholders (employees, partners, shareholders, customers, etc.) to buy into an idea is also an important skill in successfully introducing an innovation to the world. Often, it is not about being there first, but about persuading the world with a credible story. In Thinking Fast and Slow – a book I am reading at the moment – Daniel Kahneman even argues that the consistency of the story is more important than its completeness. Especially when information is scarce, Kahneman explains, our intuitive brain “operates as a machine for jumping to conclusions” and is “radically insensitive to both the quality and the quantity of the information” upon which we base our impressions. In fact, according to Kahneman “you will often find that knowing little makes it easier to fit everything you know into a coherent pattern” – i.e. story.

Yuval Noah Harari also stresses the importance of our stories in his world-famous book Sapiens. Harari even calls creating convincing stories the “most unique feature of Sapiens language.” Fiction has enabled us, according to Harari, to “not merely imagine things, but do so collectively.” Hariri calls our imaginations ‘shared myths’. The Bible is a famous example. And, on a smaller scale, any imagined story that shapes an organisation, could be called a shared myth. The metaphor, for example, of an airline operating like an orchestra, clearly is. With these shared myths large numbers of people can cooperate successfully toward a common goal. So, if communication forms the creative lubricant to develop innovations, stories help to align organisations and markets toward turning these innovations into successful products.

When you connect Smulders’ entrepreneurial dialogue with the importance of a solid story, there is an interesting paradox. On the one hand, organizations should stimulate company-broad open and fluent communication and a somewhat unpredictable process that leaves room from trial and error, to facilitate a truly creative process. On the other, the consistency of the story with which they imagine the future, and with which they persuade people to follow them, is crucial for the innovation’s success. Which means that United Airlines might be able to convincingly sell the fact that it is ‘flyer friendly’, while in reality its services are clunky and it will probably never invent an innovative user-friendly boarding process.

Wouldn’t it be great if even large organisations – with all their resources, networks, and influence – are able to innovate like startups? We’re certainly not there yet, but fortunately professor Smulders is working on a theoretical framework. A framework that enables even the rigid giants to follow an innovation process that focuses on a rich exchange of information, acknowledges the importance of learning and embraces an open attitude toward the new. I am therefore eagerly looking forward to meet Smulders’ black swan.

Photo at the top: Screenshot from the 2013 commercial ‘Rhapsody in Blue’ by United Airlines. The airline compares itself with an orchestra (fully aligned), while in reality the different departments work(ed) in separate silos.